The Ambassador, the Hon. Joe Hockey, Minister for Immigration and Border Protection, the Hon. Peter Dutton and embassy staff were thrilled to host our friends from Capitol Hill in early October for the official launch of the House and Senate friends of Australia Caucuses and celebrate the unique relationship that exists between Australia and the USA.

Next year we mark the 100th anniversary of the first time Australian and American soldiers fought side by side on the Western Front in France during World War One. They fought under the command of the great Australian General John Monash at the Battle of Hamel – the first time US soldiers fought under the command of a foreign general in an offensive action.

In the century since, Australian soldiers, sailors and airmen and women have fought side by side their American counterparts in every major conflict of the 20th and 21st centuries – the only nation on earth to have done so. 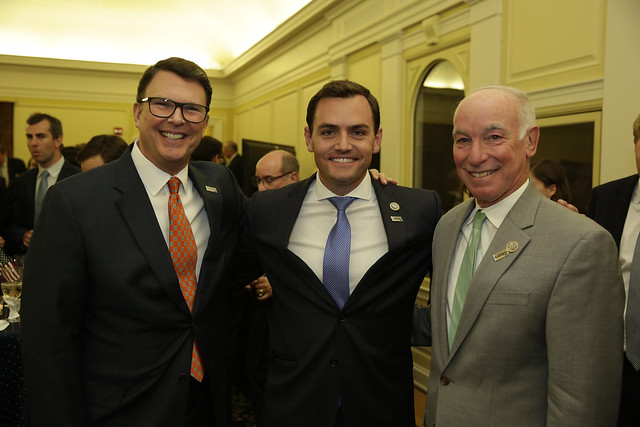 The caucuses will be co-chaired by Senators Roy Blunt and Dick Durbin and Representatives Joe Courtney and Mike Gallagher. The Caucus is a natural extension of the relationship between our two countries and will further strengthen our enduring bond for years to come.

Hear from Congressman Mike Gallagher on the importance of the 'Friends of Australia' Caucus: