The inaugural Mateship Charity Golf Tournament held at Lansdowne, Virginia on 6 October was a celebration of the mateship that has bound Australia and the United States together for a century and our continuing commitment to those who have served our countries in the military.

We were honoured to be joined by Australian golf champion and proud US resident, Greg Norman, who shared his knowledge with participants and generously donated to the charity auction. 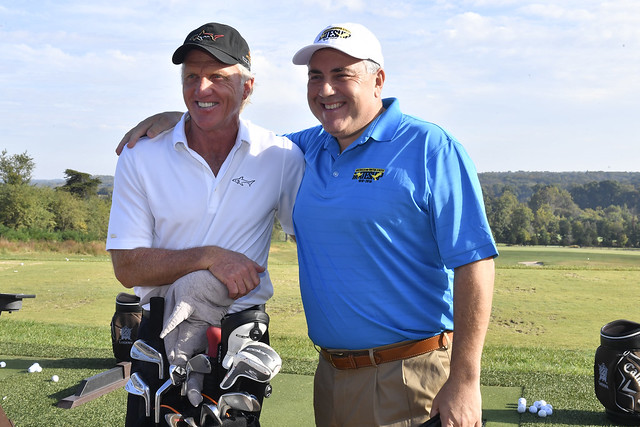 Sport is one of our shared passions that brings the people of Australia and the US together. It also plays an important role in the rehabilitation of returned servicemen and women.

The Embassy of Australia partnered with the American Association to host foursomes from across the US government, military and business on the Greg Norman-designed course at Lansdowne. We were honoured to be joined by veterans of recent conflicts in Afghanistan and Iraq and two veterans from World War Two.

The experience of living and studying in each other’s countries builds on the knowledge and understanding of the bilateral relationship that our veterans’ have acquired during their service.

The Embassy and AAA would like to thank the many generous sponsors who made the day such a great success and all the participants who gave their time and made generous donations to such a great cause.