The Australia–US Ministerial Consultations (AUSMIN) is the principal forum for bilateral consultations with the United States. Held regularly, alternating between Australia and the United States, AUSMIN brings together the Australian Ministers for Foreign Affairs and Defence with the US Secretaries of State and Defense, along with senior officials from both portfolios. The consultations provide a major opportunity to discuss and share perspectives and approaches on major global and regional political issues, and to deepen bilateral, foreign, security, and defence cooperation. 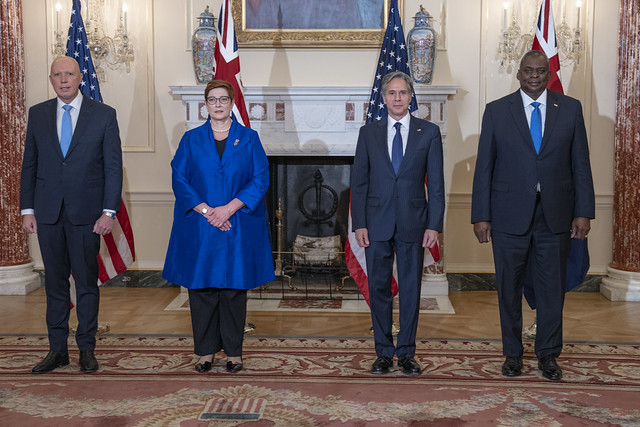